Check it our here

For a start, we have to do something very Irish and talk about the weather, as what had started as a pretty stormy cruise now is turning into quite the opposite: For the past two days, the water has been the calmest I have ever experienced on the Atlantic and the sun is shining intensively for many hours in the day and during break times the most popular spot on the boat it the “sundeck”.

The sunshine and the sea state however, also make it very easy for us to spot jellyfish from the front of the ship and we are carrying out visual surveys to quantify their abundances in the Celtic Sea. 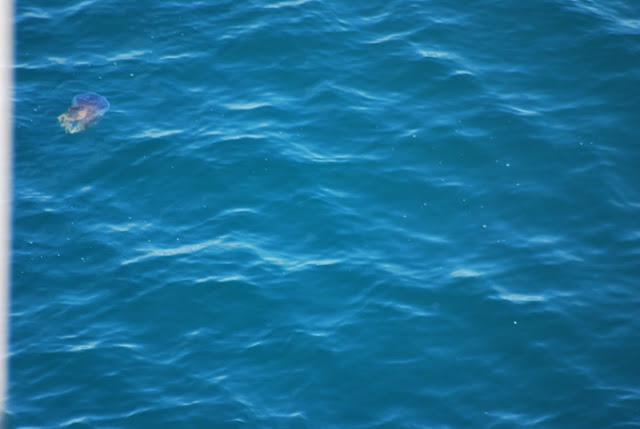 The reason why I joined this cruise was not only to help surveying jellyfish, but to attempt to quantify salps. Salps are relatively unknown and are often confused with jellyfish. In comparison to jellyfish they have a much more sophisticated bodyplan. Most importantly though, is that they are key ecological players as they capture and sequester CO2 and other important elements to the ocean floor. They do so by filtering the seawater in search of food – phytoplankton. Phytoplankton absorb a lot of carbon from the atmosphere via photosynthesis. If they die or get eaten by bacteria the absorbed CO2 is then often release again and expelled to the atmosphere. Salps ingest phytoplankton and package them very tightly into faecal pellets, which sink at such a speed that bacteria aren’t able to break them down fast enough. They sink to the ocean floor, where the carbon then gets trapped. This is an important process in what is called the biological pump and is especially significant in times of global warming. So not only are salps and their importance rather unknown to many people, but also speaking from a scientific side not much is known about their abundances on the Irish shelf and the last official record of salps in the literature goes back 33 years.

After hearing about more and more sightings of salps off the Irish West Coast and on the Irish shelf and personally encountering a massive salp bloom off Valentia Island last year I decided that I would like to quantify salps in Irish waters and study their ecosystem functions a little more. WESPAS chief scientist Ciaran then told me about a massive bloom of salps he had spotted last year in the Celtic Sea and that additionally to being by-caught in the net and being spotted on video on last year’s WESPAS survey Ciaran also had noticed that the salps are showing up in the single beam echosounder. 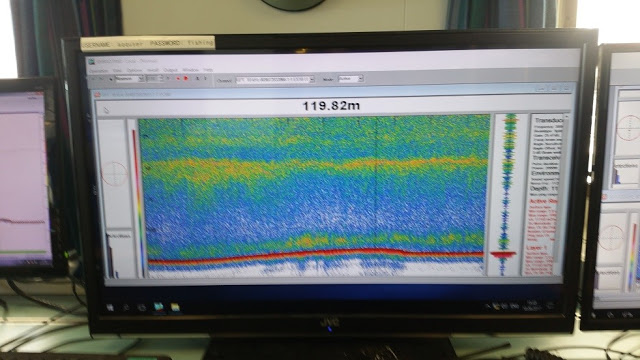 I decided that it was a good idea to join this cruise and see what I can find. Seeing the footage of a 67 mile-long salp bloom from last year I boarded the ship with very high expectations. Now being half way through the cruise I only got one sign of life of the salps as chains of individuals were caught flying-by on the camera which is mounted to the fishing net used to catch the boarfish, horse mackerel and herring. 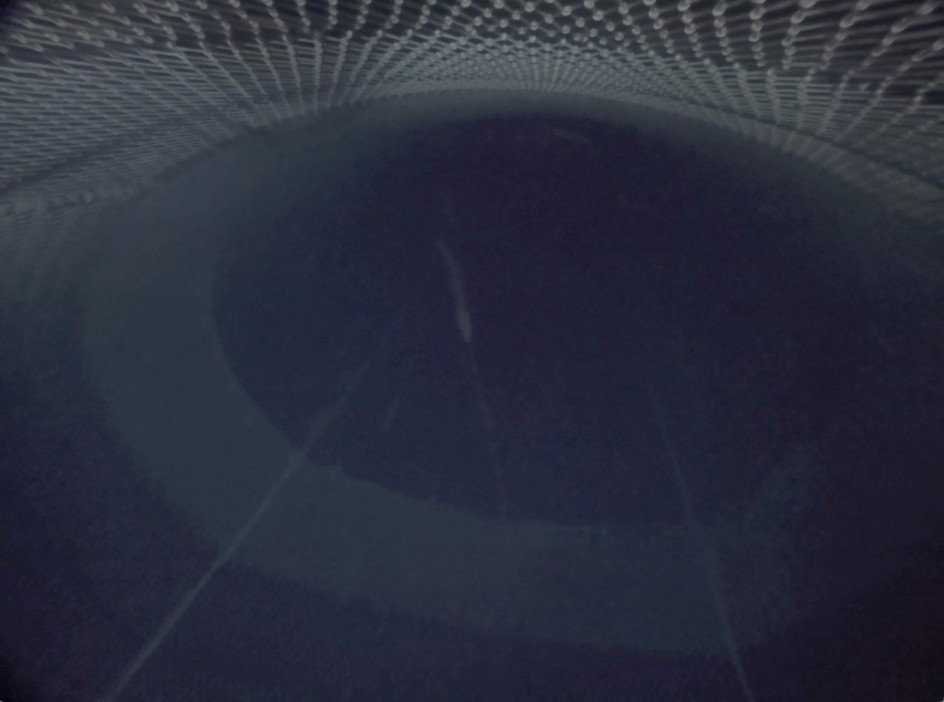 That sighting by itself, however, gave us a little clue of what an acoustic signal of salps may look like. Once we have a few more sightings we may get an even better idea and be able to get estimates of salp abundances through acoustic signals. I am very hopeful for the coming days, as if one thing is known about salps, it is that where there is one there are usually many more!

I am a marine biologist with strong interest in ecology and environmental protection. Currently I am completing my PhD research on Microplastic Pathways in Marine Pelagic Systems at the National University of Ireland, Galway under supervision of Prof. Peter Croot and Dr. Tom Doyle. Other interests of mine are: - Food Web Dynamics and Stable Isotopes - Biogeochemical Cycling - Gelatinous Zooplankton - Fisheries Science View all posts by Alina Madita Wieczorek